Unfair discrimination: the ghost of actions past 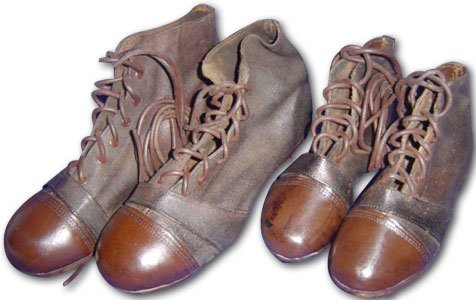 The Employment Equity Amendment Act (2012), recently signed by the President, affects all of us. We cannot pretend that the workplace is representative of the population, particularly at senior levels. We have not done enough to bring black people, women and people with disabilities into meaningful, decision-making positions.

We might ignore for a time the rising anger of affected people, but the fines attached to failure to comply should make business pay attention (up from R500,000 to R1,500,000 or a percentage of turnover). And if the Department of Labour (DoL) gets more labour inspectors to enforce the law in the workplace, as suggested by Cliffe Dekker Hofmeyr’s Johan Botes, there will be no place to hide.

The amended Act requires careful scrutiny, but here we focus on one aspect of unfair discrimination. Section 6 of the Act (as amended) states:

(1)  No person may unfairly discriminate, directly or indirectly, against an employee, in any employment practice, or on one or more grounds including race, gender … or on any other arbitrary ground.’

And a new subsection tells us:

(4)  A difference in terms and conditions of employment between employees of the same employer performing the same or substantially the same work or work of equal value that is directly or indirectly based on any one or more of the grounds listed in subsection (1), is unfair discrimination. (My emphasis)

There are the obvious requirements:

You knew that, of course, but the valid reasons and documentation are the most challenging. Managers tend to trust their instincts when it comes to employee matters, whether hiring, firing or anything in between. Documenting objective criteria seems less important when there are production deadlines to meet and sales targets to chase.

But there is no statute of limitations here. If pay increases are in any way related to performance, the documentation of the performance review process and outcome will be critical, and it will need to be retained. Sometime down the track, Sam (or his union or the DoL) will ask why Sam is earning less than Joe. Sam knows, of course, but he doesn’t have to prove anything, the employer does. Once discrimination is alleged (and it’s all there in the payslips) the employer has to prove that it was not unfair.

Ten years ago the company introduced performance-based increases, and Joe received an increase for three years in a row. And now, seven years later, Sam (or the Dol or a commissioner) is asking why the pay is different. The responsible manager retired four years ago and the only documentation is a cryptic note in Joe’s file: ‘Good performance. R100 increase.’

You might not be able to fill past gaps, but you can plan for the future:

Such steps not only aid compliance, they make business sense. They ensure that we engage meaningfully with employees, explain ourselves clearly (always a good thing to do) and keep employees focussed on key performance issues rather than on finding loopholes or trying to win favour.